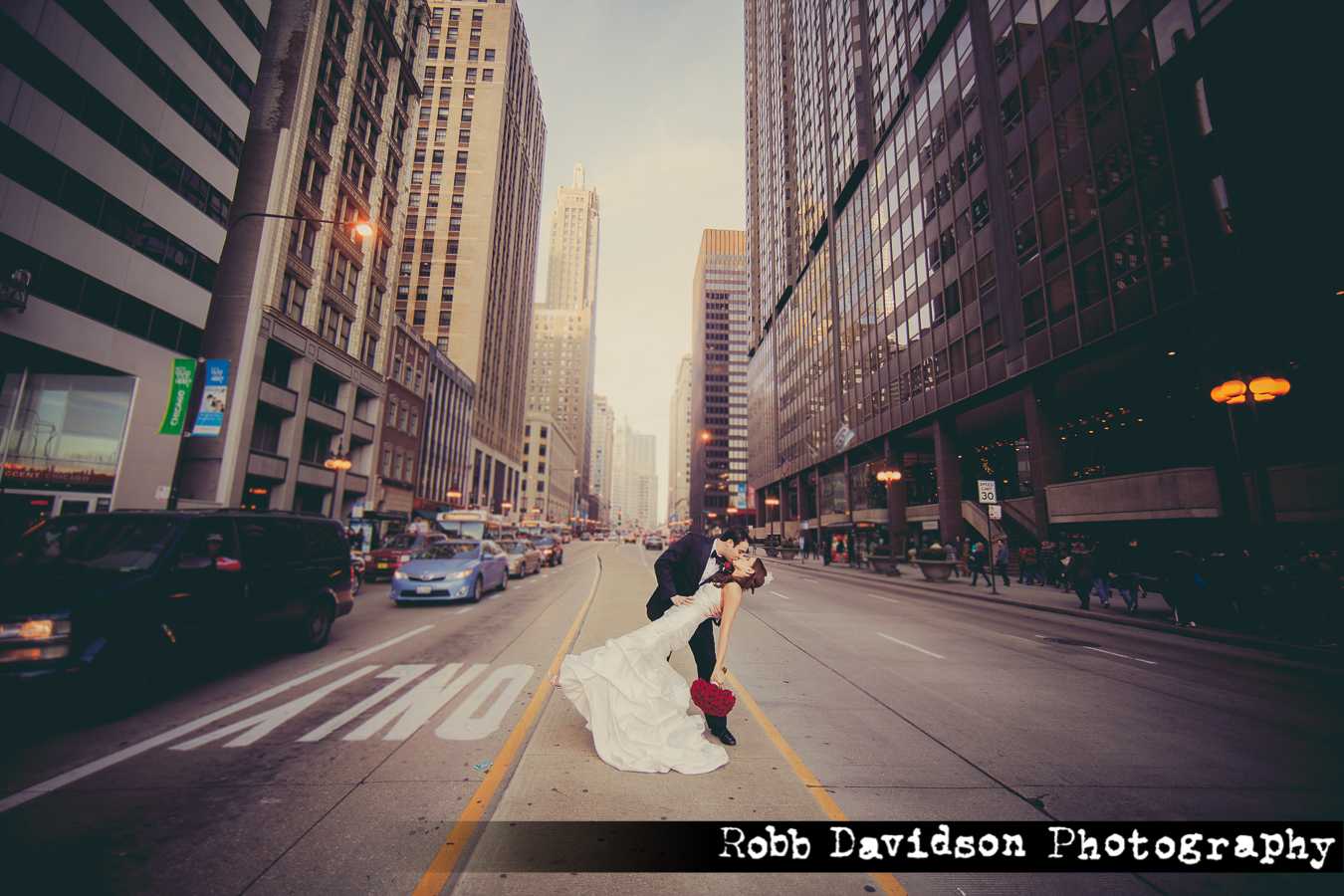 Merrick and Kerry are just super far out.  Did you see their Engagement session already?  Good.

So these two fun loving cats first met at U of I.  You know, friends, hanging out with people. That sort of deal.  As they both moved on further into medical school, They SOMEHOW just ended up at Rush.  As Kerry was trying to figure out a decent place to live while going to school, Merrick came up with a great plan.  Yeah, he recommended a great place for her right by him. Smart guy.  From there, they began dating and here we are.

The wedding day was outstanding.  We were basically across the street from all the best spots to take pictures.  So with that, we headed out for some fun. I was super pumped that everyone was so dang awesome and cooperative on the time we took for these great shots, as it wasn’t exactly 75 and low winds.  (Actually wasn’t TOO bad, but gosh you always feel bad for the ladies not able to wear as much as the dudes)  It was super worth it, as we moved our way through the crazy crowds that were there for the Christmas lighting ceremonies.

Then the party. Good gravy, that was a BLAST.  It was really awesome seeing some of Merrick’s side of the family’s traditions show in dance and in songs.  Really cool stuff.

It was an incredible day. Merrick and Kerry are phenomenal together and I couldn’t be happier for them!  Congrats you two!!! I am so pumped for you!!