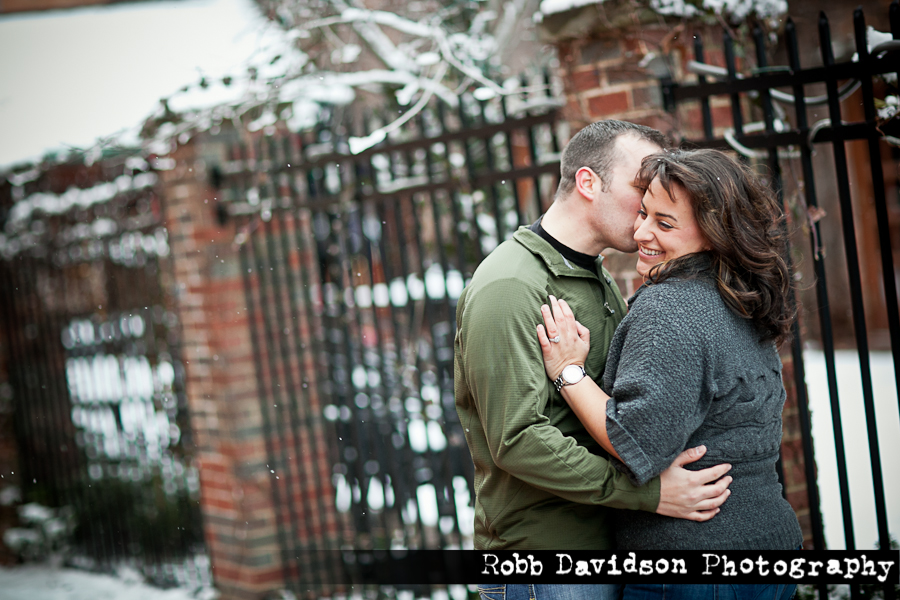 Jeff and Kim’s engagements in Downtown Wheaton…we’re under fire here.

This was just fantastic.  Super duper quick, Jeff and Kim hit me up for an engagement session.  It went from a text to see when I was free, to an hour later we were walking about downtown Wheaton taking pictures.  And yeah, they were packin.

I’ve known Kim for quite a few years now, first meeting at the good ol Wheaton Sport center.  She has a great head on her shoulders {she’s been in the law enforcement business for a while, go figure} that keeps her super down to earth, and REALLY awesome.  Hilarious person to be around, I can promise you that.

Jeff has been one radical dude to know. I’ve been getting to know him as he and Kim have been dating/engaged, and just a wicked cool dude.  Not only does he have a slammin sweet car, but obviously a radical personality.  Being on the Force as well, he also has that awesome mix of having a great sense of humor and level headedness.  {That is a word, right?}

And yeah, guns.  I mean come on, that is wicked awesome.