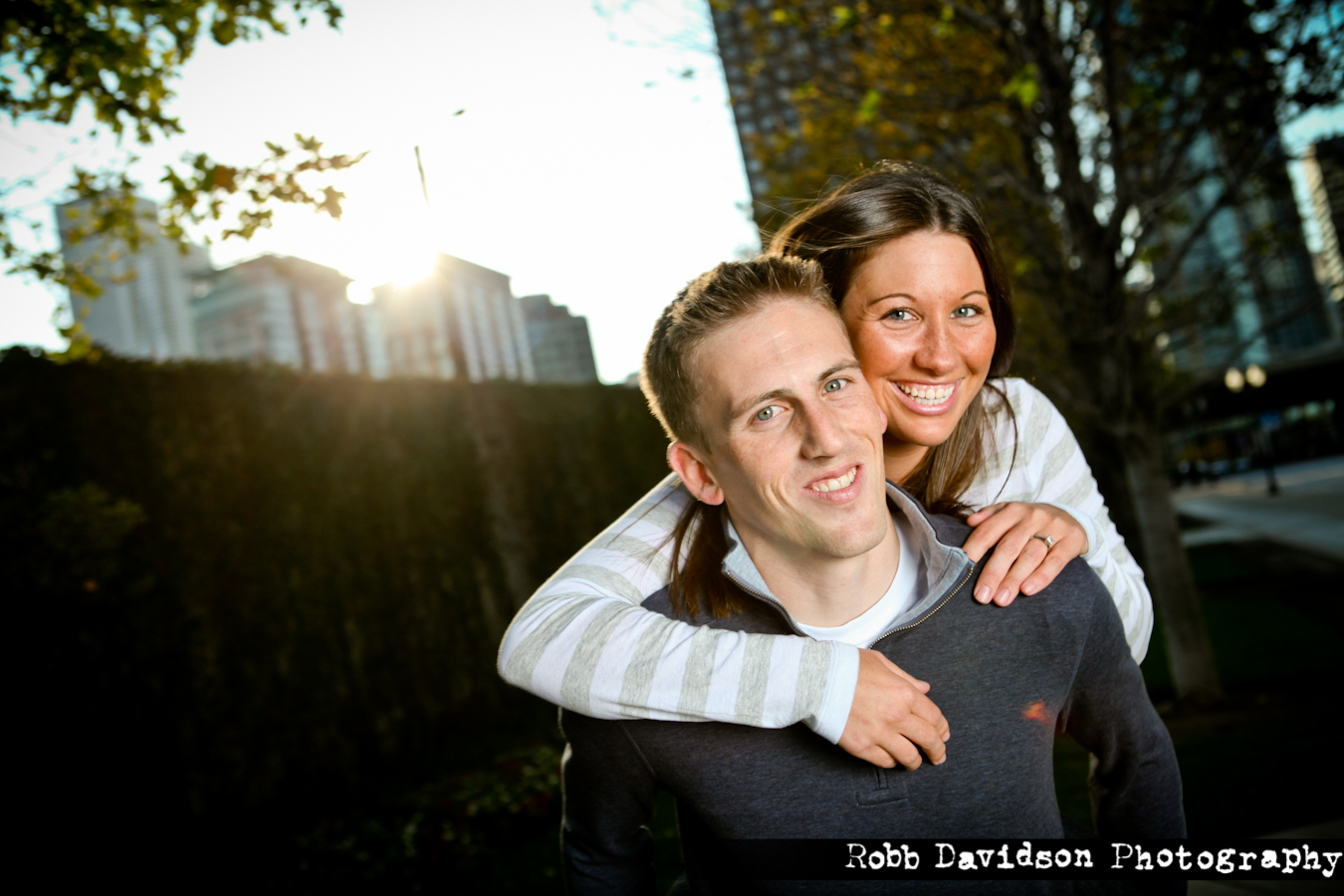 First off, I want to give a tip of the hat to Amber for being game for just about anything, including maayyyybeeee getting a little wet from the fountain in the first image in this post.  I had a blast with these two cats around Chicago having all sorts of random stops along the way.  I think we had a total of two spots to shoot that we originally planned on going to.  Ended up with what, 7? 10?  Whatever, it’s blast with these two.  I know Chris from doing Muay Thai training in Downers Grove, and had the pleasure of feeling his punches and kicks through pads.  Now I get the other honor of photographing his wedding in Purdue next July!

Thanks, you two, for being so radical.